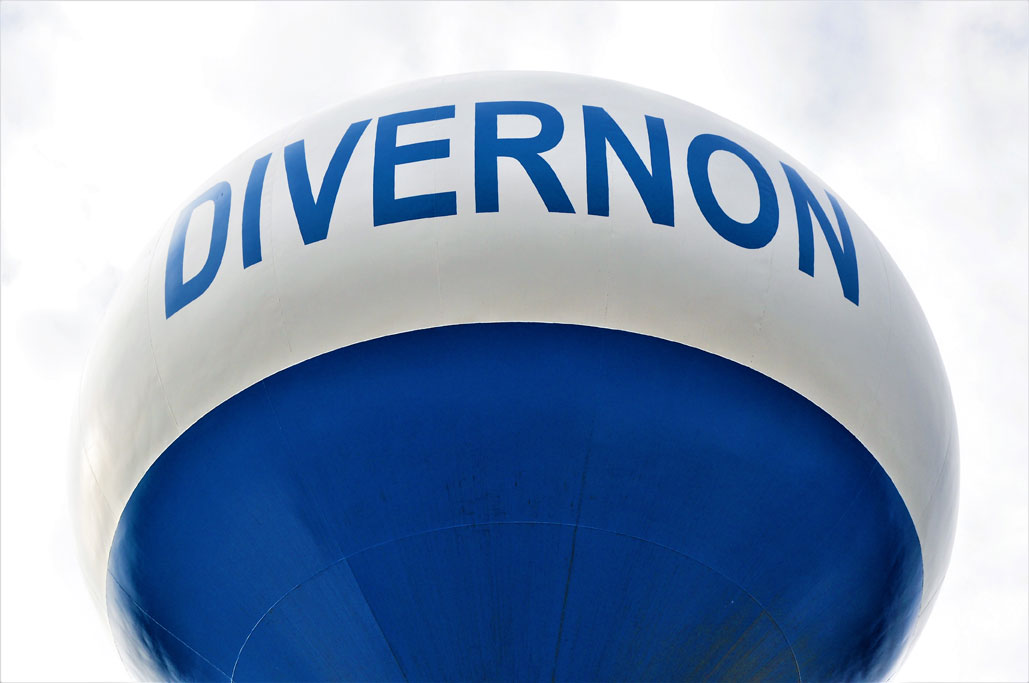 Divernon, Illinois is located fifteen minutes south of Springfield, the State Capitol of Illinois, off of Interstate 55 at exit 80.

The Village of Divernon has a rich history, dating back to the beginning of our State. Thomas Black arrived here in 1819, 11 years before Abraham Lincoln came to Illinois which was 68 years before the founding of our village in 1887. A whole generation of people lived their lives here before we were even given the name Divernon. The Village was founded in 1887 and named Divernon by H.C. Barnes. The name came from a heroine from Sir Walter Scott’s Rob Roy book, her name was Diana Vernon and her friends called her Di Vernon.

Divernon elected its first board of trustees in 1900. Today Divernon has a population of 1200. A TIF District was approved in 2007 to gain new businesses and to help update other areas.

In 2007, the Divernon School District was dissolved due to declining enrollment and joined the Auburn School District. Auburn utilizes the Divernon school buildings for grades 6, 7, 8 as Auburn Jr. High at Divernon. The facility is also used for many district, regional and state sports tournaments. The Girls High School Softball team will be using the school field starting in the 2017 spring season and the Girls High School Soccer team uses what was the old Divernon Dragons’ football field located on Henrietta Street.

Over the years, Divernon has seen the business atmosphere change. The Madison Coal Mine No. 6 and the Illinois Central Railroad used to be an integral part of the village and now both are gone. There are several family owned businesses, however, that have remained the mainstay of the community including Bramley Funeral Home, Emerson Press, Herman’s Garage, Rettberg’s Electric and Bolash Roofing and Construction. Maddy’s “Ol No. 6” Tavern joined the community in 2017 and after a fire reconstructed the inside of the building and is now a thriving Tavern in the area.

Divernon is unique to most towns in Sangamon County in that the main part of town and the residential area are located at Exit 80 and a large business district is located at Exit 82 and Route 104 including Circle K Gas, Rusty Star Marketplace, Nickorbob’s Craft Mall, Hilda’s Craft Mall and Weidner Refrigeration.

Divernon has experienced many changes – from the time of the pioneers, to the birth of a small village supported by agriculture. During the boom years from 1900 – 1925, Divernon was the 2nd largest town in the county with the rapid growth of the top coal producer, Madison Coal Company Number 6. After the mine closed drastic change came to Divernon with many people moving to cities with coal mines and the population rapidly declined and businesses closed. After World War II regrowth started with an IGA Grocery Store and families having access to automobiles to travel for jobs. Many families have grown up and lived in this community for a lifetime and many new families now enjoy what generations of families have enjoyed in Divernon, the relaxing atmosphere of life in a small town.